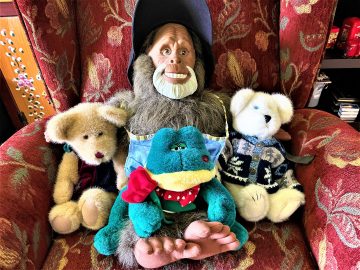 I self-published one book of short stories and will soon self-publish another. My biggest issue I had was what order to put my stories in.

Over the years, I wrote almost fifty short stories. Since I am writing novels now (at least for the time being), I wanted to do something with my stories. I decided to put them in books.

First, I did an inventory of all my stories and gave a funeral for those that were not salvageable. I hated to do it and I wish they were better because I wrote them, but they were not. They’re in the attic.

With the remaining stories, I looked for a theme. After riding a commuter train for two decades, I had enough train stories to make a book. To make them seem more like a novel, I linked the characters in each story. The character development helped me with the order. This book became Evidence of a Commuter Train, which I published in July 2021.

Another group of stories are about a twelve-year-old boy living with three older sisters. This order is easy because each one follows the boy as he ages. However, there is no theme for the last group of stories.

I picked what story to come first and which one to come last. I wanted the reader to want to read on and when finished, glad that they did. In my opinion, these were the strongest stories.

For the rest, there should be some rationale to explain my choices, but there isn’t. I used my gut feeling. The only thing I was careful about was to alternate long stories and short stories.

In a collection of short stories, the order can become a story on its own and as unique as the stories written. How to do this remains a mystery.